Meet our Board of Directors

​Gary is the newly elected President of the NHC. He has been involved in the cattle and horse industry most of his life and has also worked for a large domestic and international engineering firm for many years. Gary worked as a project and district manager overseas and domestically managing billion dollar projects. He plans to bring those skills along with his ranching experience to help lead the NHC going forward. Gary was first introduced to the Nokota horses in 2017 by his wife, Janie, who had first heard about the Nokotas during an interview on tv with Leo and Frank Kuntz more than a decade before, and then again through an article in “Texas Horse Talk Magazine”. After attending a clinic in Linton in 2017, they returned home having purchased four geldings and shortly thereafter a stud and four mares. This past summer they moved their horses to Colorado and currently own one Nokota gelding and two young Nokota mares. The mares were born on the ranch in Texas out of Smoke Run and Miss Q. Gary looks forward to helping lead and promote the NHC moving forward.

Jonathan Steinert is a Senior Executive at Accenture running their global AWS Cloud Analytics practice and is working with the Nokota Horse Conservancy to ensure the future of horses through sustainable finance practices and accountability.  Jon has had a passion for horses since a young age and is now working with Jerusha Steinert as preservation breeder at Blue Horse Ranch in Stacy, MN helping to promote the Nokota horses as not only a distinguished breed but also as a performance horse as well. This breed is unique in so many ways and it's our mission to keep this breed viable and attainable for generations to come.  Jon brings with a wealth of knowledge from the financial industry to ensure our precious donor resources are used in the most effective and efficient way possible.

A graduate of University of Pennsylvania '88, Christine is fierce advocate of the Nokota horse. In 2012 Christine dedicated her 14 acre farm to introducing the Nokota and their colorful history to streams of visitors, clinics and to individuals interested in native culture as well as the genetics of the original horse.   In 2015 Christine formed a 501c3, "Preserve, Chester Springs." As acting founder, Christine supports a mission and a stronghold for best practices towards sustainability for the remaining 300 Nokota horses in North Dakota. The Preserve raises funds for hay and pasture resources.  The Preserve is currently responsible for a 94 horse biobank genomic study in partnership with Cornell University.  Christine is currently collaborating with a team led by Dr. Darlyne Bailey, Dean Emeritus Bryn Mawr College to produce a book, "Moving Hearts, Sacred Wisdom of the Nokota Horse." The goal is to link this healthy vintage herd with many successful leadership techniques which can be applied to organizational health in the field of social work, families, community as well as corporations and non-profits: first printing Fall/Winter 2022/2023.
​

François Marchal
​
Francois is the current President of the French breed association, Nokota Horse Conservancy® France, and founded  the Nokota-Ranch in France, driving a preservation breeding program since 2007. There are currently eight Nokota® horses that he has imported from the US with an additional 15 foals produced at his ranch. Francois is a computer engineer, history geek and author of the book "Last Bullet" which shares the story of the Nokota® horse. 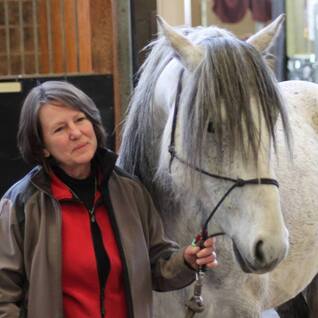 Judy Onufer
Co-Chair, Development and Fundraising Committee
​
Judy is a science educator with 35 years experience, holding degrees in botany, physics, and science education.  She has worked in the non-profit sector for most of her career, serving in program development, grant writing, event and project management and teaching in primary, secondary and university environments. She is currently employed as an education project and special events manager for a service learning non-profit, H2O for Life. She was introduced to Nokota® horses in 2014 when she moved from New York to Minnesota.  Curiosity about their history, origins and personal experience with this remarkable breed led to dedication to support the Nokota® horses and the Conservancy. She owns two Nokota® geldings. 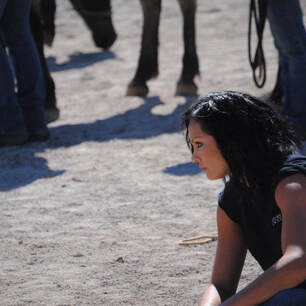 ​Christa has proudly served on the NHC board for the past six years.  She is a valued and active supporter of the Nokota® horses, participating in local and regional fundraising efforts and is focused on ensuring the legacy begun by her father, Frank Kuntz, and her uncle Leo Kuntz. She is a wife and proud mother of three amazing boys.  She is a licensed insurance producer. 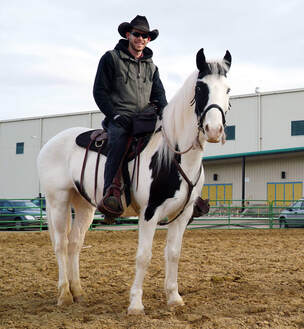 ​Rory Schneider has been volunteering for the NHC since 2012 and has been a board member since 2013. He currently owns three Nokota® geldings near the Black Hills of South Dakota where he works full-time as an electrician. Rory and his wife Annaleise have been very active showing their Nokota® horses at regional Expos, teaching the public about the Nokota® horse and competing in Endurance Racing. 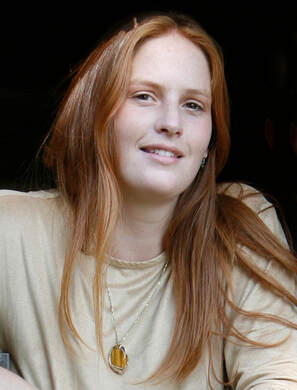 Jerusha Rose Steinert is a professional horse trainer and artist. She explores the horse and human connection through training, lessons, and a variety of horse and art intertwined projects. She exhibits her work at Gallery Equus in Minneapolis MN and also shows her Nokota® horse 'Mesabi Warrior' in her bridleless and liberty performance 'Blue Horse Theatre'.  Jerusha learned about the Nokota® horse in 2010 and now has 3 Nokotas®. She has served on the board since 2013.

An active advocate and supporter of the Nokota® horses and the NHC, Shelly has been on the scene since the beginning.  She served on the NHC board for many years, mostly in a position of support for the office and her husband, Frank Kuntz.  Shelly is the owner of Linton Fitness, which is also the physical location of the NHC office.  Shelly enjoys her grandchildren and honing her woodworking skills on household projects.
​ 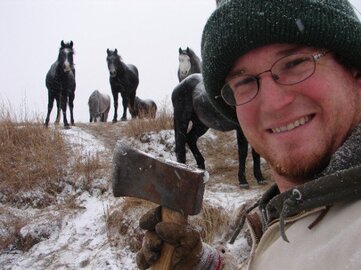 ​Seth’s early life with various animals convinced him that nature is the best engineer, so upon high school graduation he traveled to North Dakota to volunteer for the NHC. It became his home for the next decade, although he also studied at DSU and later the U of MN to earn a BS in Ag Ed with an emphasis on sustained and natural systems. He met his future wife on the Kuntz ranch, where they later married; parenthood motivated them to relocate to Sweden with Nokota® horses. His son and daughter are also very interested in the breed, and they strive to further the breed’s expansion in Europe. 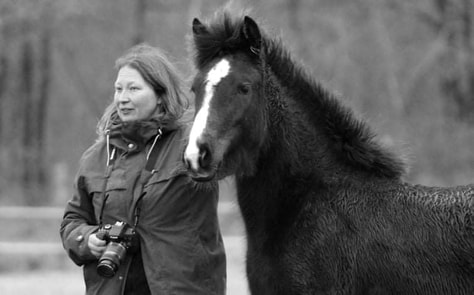 Jessica Lecour has a passion for nature in general and horses in particular since her childhood.
She discovered the Nokotas in 2008 through an article in a French magazine.
In 2015 a career change gave her the opportunity to meet Leo and Frank Kuntz. The journey changed her life and she became later that year a preservation breeder in France where she resides (Nokota Breeze).
​She believes that promoting the Nokotas in Europe is important for the perpetuation of the breed and she aims for that in collaboration with the other European breeders.